rjbetty's homepage - Under Construction till I figure out how on earth this all works.

Also I'm concerned that no actual real people come on here after all, and they're all fake/bots/spam... :(
I'm averaging just over 20 hits a day which I think is pretty good for a total amateur site like this! But it doesn't mean anything if they aren't real... :(

Added F1 driver (and team) ratings, though the season isn't finished yet.
Here's the link to the WRC 3 game that has recently come out. http://www.facebook.com/wrcgame.greekfans

I've got WRC 2 for the XBox 360. I'm doing a 3 round tournament organised by WRC3GreekFans on their facebook page. Please join in. Here's the link -  http://www.facebook.com/wrcgame.greekfans

I missed round 1 but came 9th in round 2. I'm looking to be more competitive in the final round, which is on NOW and will end Wednesday 19th September. Be quick.

UPDATE: I WAS more competitive, bagging a strong 5th place finish this time! I even scored a 2nd fastest time on both the first and last stage. Ended season 12th overall with 28pts.

This girl is trying to get her voice heard. I (and increasingly many others) believe she must be made famous NOW.
http://www.youtube.com/embed/amHM7qxX_r0

Wow! Surprising to see this place is getting hits (almost) every day, sometimes well into double figures. :o Maybe I'll see if I can take this seriously and make some updates!

Just so people know, you CAN get chickenpox TWICE!!!
I have been SO sick all week, in bed, nauseous all the time, absolutely splitting headache and eyes. When I then got red spots all on my body, I looked it up on the web on msn health, and it said if it's chickenpox...

"The most distinctive sign of chickenpox infection is an itchy rash of red spots and blisters."Now, if that doesn't describe what I currently have to a T.. Couldn't have put it better myself.

The shocking thing was, I already had chickenpox in April 1994!! Nope, turns out this isn't a once only thing.

Not the best time either, considering I'm moving out on Saturday!

I'm wondering if I should post a picture, but maybe that wouldn't be good...P.S. I notice it seems easier to fight an illness when you know what it is! 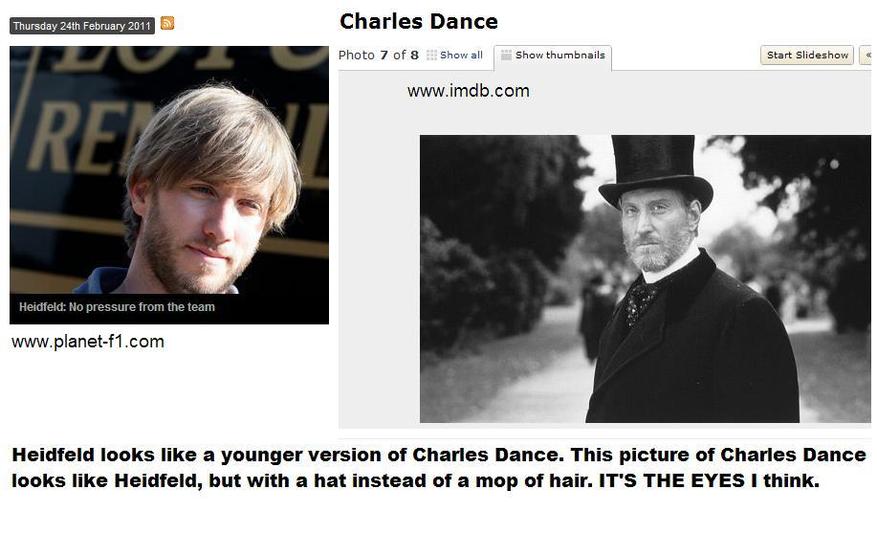 MARCH 2011:
www.f1rejects.com
Though the site is dedicated to all the F1 "rejects" over history, there is an up to date review of each Grand Prix.